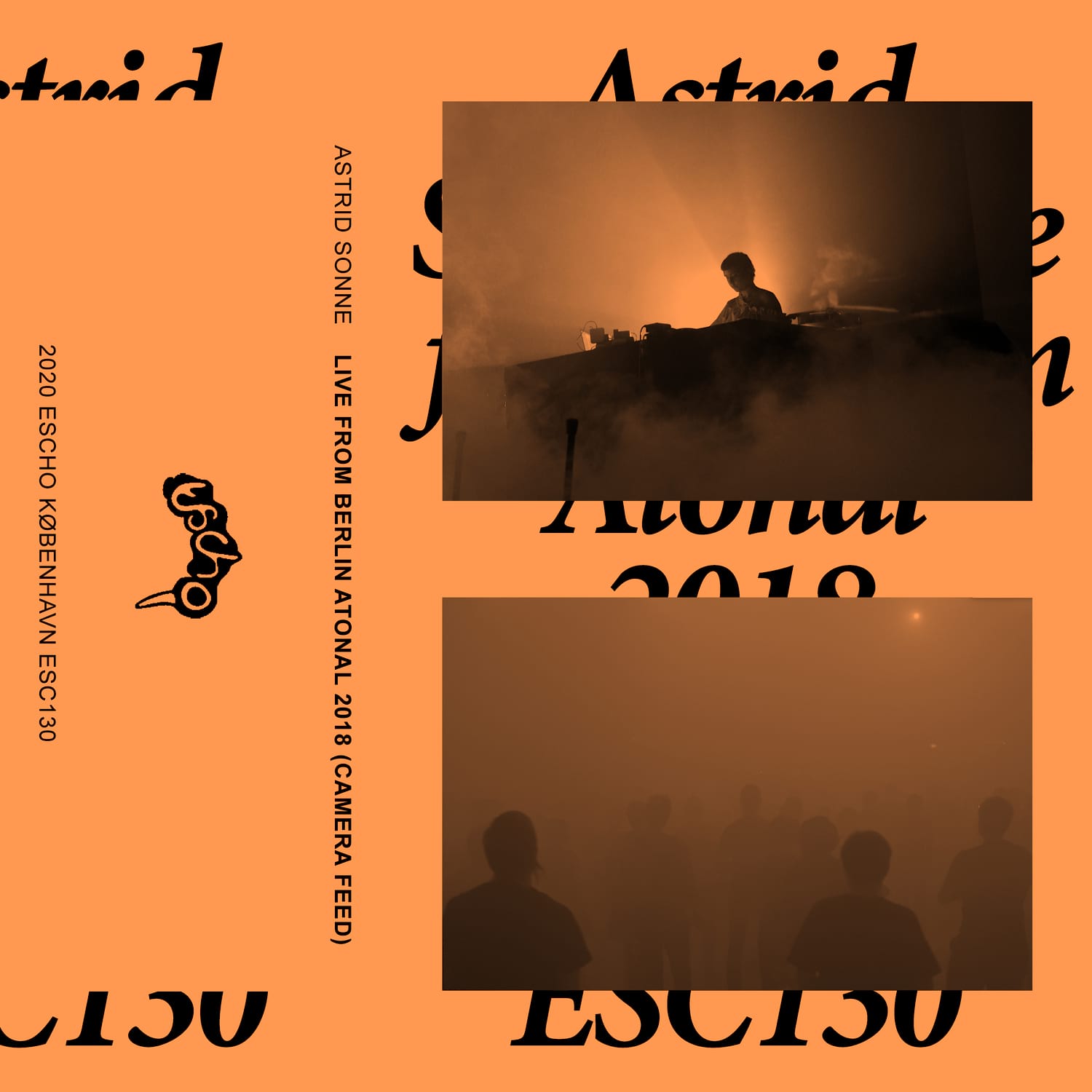 The performance was documented on video from different perspectives (static and handheld), and audio files from each camera give their own very distinct experience of the concert. Set in the remarkable context of the Berlin Kraftwerk, the spatial feeling of attending a concert transcends into these sound recordings, bringing forward how a room can affect the music. This becomes even more noticeable on ‘Live from Berlin Atonal 2018 (Camera feed)’, where audio files from two different cameras are juxtaposed as ‘Side A’ and ‘Side B’ on cassette tape.

During the concert, the listener is guided through refined shifts in dynamics and intensity, all so important for the impeccable expression experienced at the live performances of Astrid Sonne. The concert includes passages for both viola and electronics, and finally ends in the first performance of the vocal piece that was later to be released as ‘Strong, Calm, Slow’ on Astrid Sonnes second album ‘Cliodynamics’ from 2019.

All music written and performed by Astrid Sonne

Layout and print by KLD Repro